Speaking of spam, I just checked the blog database to see how my blog spam filter has been working.

11,664 blog spam messages blocked. Holy smokes, that is way more than I thought it would be.

I still get maybe one message per week that makes it through the list, and I always find at least one word or url part to add to the “BannedWords” table, just to be sure I never have to delete the same message type twice.

On my way home last night, around 11pm, I was riding the 2/3 train as usual. I strive for consistency in my commute so I always stand in the same spot on the same car in middle of the train (smoothest ride), even in there are seats available I stand, listen to the ipod with Etymotic ear-phones and read Time magazine.

The trip is express, and takes about nine minutes. I looked up as the train approached my destination and realized that a man, black, 40’s, suit, had been sketching me the entire time.

I really wanted to get a closer look and ideally take a camera phone pic, but the guy was grinning ear to ear when he noticed that I noticed the sketch and figured I didn’t really want to engage in a whole lot more discussion about it, so I pretended like nothing happened and moved on.

If you sent me an email anytime between Saturday night and Monday afternoon and didn’t get a response, please send it again.

Ack. Running your own mail server is not without its challenges.

Back when I ran Exchange from home, I had created a separate SMTP connector to send mail to certain domains via my ISPs SMTP servers instead of sending direct because some bigger servers (AOL, etc) had blacklisted all mail coming from my IP range. Except I mistakenly left the “allow mail to be routed to these domains” on.

Although this setting had been there for months, it had not yet been “discovered”. Well sometime Saturday, they came with a vengeance. Mail finally stopped completely when the drives filled to capacity. It actually took quite a few hours of working before I figured out what had happened. The SMTP queues were full of hundreds of thousands of messages, mostly to and from German/middle European domains. I started deleting these by hand, but after four hours, I had barely made a dent. Fortunately I found aqadmcli.exe, a command line tool from MS that allowed me to delete the queues en masse. I calculated afterwards that this saved me 40,000 clicks of the mouse. The downside was that I was unable to filter out the good mail from the bad and for the first time in six years of running my own mail I lost messages.

Of course, now I’ve done all the tightening and securing that needed to be done. I’ve even implemented an SMTP tarpit, a feature included in Windows Server 2003 SP1, which will hold onto connections from outside servers attempting to relay mail through me and prevent them from releasing right away, which should slow them down. If you can read this, that means my server move this weekend was successful.

For the record, what I did was physically move my hosted-at-home VMWare GSX server to the shiny new datacenter in Brooklyn.

The main thing that changed was moving from a Linksys router port forwarding to the VMWare NAT Service. This involved changing the ip addresses for each guest which turned out to be moderately painful when it came to Active Directory and Exchange.

I ended up having to create a whole new virtual NIC for the Exchange server. System Manager would not even come up since it wasn’t connecting to the AD controllers. Let me tell you there’s nothing more frustrating than having a broken server, where the server admin console doesn’t even start.

Things are going ok at the moment, the VMWare NAT service has crashed a few times already which is very not cool, but since there’s a new version of VMWare Server out in beta, I’m confident than an upgrade will probably solve it. Also, while less than ideal, setting Windows to auto-restart the service is working well enough. 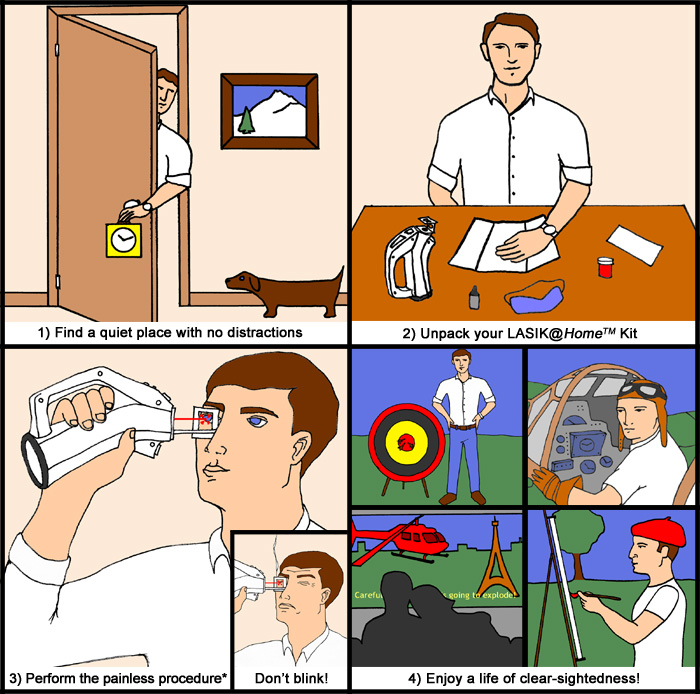 This is almost certainly a joke, but still, they did a lot of work building a site for it. I checked the WHOIS information and it goes through a Domains by Proxy Co, which doesn’t tell you much. You can’t actually place an order for this $99 device, but you can buy t-shirts and hats from Cafepress. I wonder if someone came up with the idea as a way to sell shirts and mugs.

I’m now omni-networked. Since the IM vendors still haven’t gotten together on federation after, what, nine years now, and I had a few new contacts I needed to work with on Yahoo and AIM, I’m (back) online on those as well.

I clearly didn’t want to install four different IM clients. I used a modified method of the method described in this tutorial on how to connect to MSN, Yahoo and AIM from Google Talk. The trick is using a jabber client, PSI in this case, and connecting to service transports which act like gateways to the other networks.

For the record I ended up using msn.prolly.org, aim.prolly.org and yahoo.swissjabber.ch as my transports, I found them to be much more stable than the one mentioned in the link above.

File all this under: We should not have to be doing this ourselves because these (grr) vendors should have built this in from day one.