I cracked my iPhone 4 glass pretty badly a couple weeks ago at the playground and while I tried to live with it, the cracks were getting worse and glass chunks were starting to come off. Not good.

I decided to go the DIY route and fix it myself. There is a lot of misinformation out there so hopefully I can bring a little bit of clarity to the subject.

If you are going to replace the glass you have to replace the digitizer and the screen at the same time as they are all one piece bonded together. This makes it a little scary since we all know that a big part of what makes the iphone 4 a nice phone is the nice screen.

Apparently in the iPhone 4, you need to purchase the CDMA (Verizon) or GSM (AT&T) version separately, but the 4S they are the same.

There are no instructions that come with these things, so you need to go watch YouTube videos. I went with the Zeetroninc version. There are two parts to the video, about 20 minutes total.

Actually making the repair took me about 90 minutes of start/stopping work. There are a ton of tiny tiny screws all with varying degrees of tininess, so it is super important to be organized. I took little white notecards and drew the locations of the screws and placed them on the paper when I removed them so I would know how they all go back in. This step is pretty much essential or you’ll get confused incredibly easily.

One thing I wish I had done was ordered a replacement battery at the same time, since in order to replace the screen the battery needs to come out too. Just replacing the battery would not have been very difficult if you had the right star bit screwdriver (included in my kit) for the bottom screws, so if your battery isn’t doing as well as it used to and you are comfortable voiding your warrantee, I’d say go for it.

The last thing to note is that my kit didn’t include a screen for the earpiece and you have to use the one from the broken glass and move it over. I forgot this part, oops.

The best news of all is that now that it is fixed, my phone’s home button is working much better than it was and the overall snappiness of the phone has improved. I suspect that when you do a shutdown of the phone, it doesn’t really shut all the way down, but when you remove the battery it is forced to start up fresh. Just guessing.

First off, I’ve been loyal to Tweetdeck for a few years now and every time I use the main website “in a pinch” I feel like there’s no way I’d use Twitter as much as I do if there were no third party apps.

The layout I’ve gotten used to in Tweetdeck looks like this: 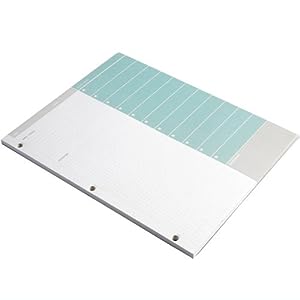 Like a lot of tech folks, I’ve been struggling to find the perfect todo software for about 20 years now. And I’ve tried countless (50?) different tools over that time period.

I’ve obviously had successes along the way, but of course the perfect solution forever eludes me.

What I am doing right _now_ is:

"She let me take the computer home." – How I got started in computers. hnsl.mn/KPdbfO

Scott’s post reminded me of a story that was critical to my computer education as well.

The year would have been 1986 and I was in 5th grade (same age as Scott!). We had moved from Southern California to New York City and I was attending PS 158. New York schools have improved tremendously since then and although we lived in a good neighborhood, the school was still not very good.

Towards the end of the semester I was missing school quite a bit. I was not learning at a pace that I could stay engaged and with around 33 kids per class and only one teacher, there was not a lot they could do for me.

One day my parents and I were called in to discuss the situation. I remember them taking it quite seriously, because I was bumping up against the limit to be considered delinquent and that would be a problem for everyone.

The school had just recently installed a computer lab and staffed it with a very young teacher who didn’t really know that much about them.

Details of the meeting are hazy, but someone suggested that I spend my school day in the lab rather than in the regular classroom. And that’s how I finished out the year.

I mentioned in another post that we were using Cloudfront for our static assets. One gotcha I ran into and need to put out there on the ‘net was a problem with SSL.

The fix is to run regedit.exe and configure it thusly:

I was following the directions here to set up Jenkins (a fork of Hudson) on Windows with Git and Github: http://mahdi.mp/setting-up-a-ci-server-using-jenkins-msbuild-and-github-on-a-windows-server/

I kept getting stuck at “Cloning repository” with no errors and no activity.

Here was my gotcha: Jenkins does not support passphrases with your SSH keys.

I have a Mac at the office that I use as my sit-down computer (see Pomodoro post, two posts down) and it was running 10.6 and I wanted to try a couple of apps that required 10.7 (Lion) so I went ahead and upgraded.

I spent a long time trying various things to get it fixed, but I ended up having to download a free tool here: http://www.beyondtrust.com/Products/PowerBroker-Identity-Services-Open-Edition/

I needed to start a fresh user profile and I have no idea if there are unforeseen downsides of using this tool, but it is working again and I’m back up and running.

Also, let me say that nothing is quite as frustrating as troubleshooting problems on unfamiliar operating systems. 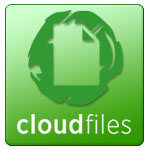 At RecordSetter.com we’ve been with Rackspace from day one and naturally we’ve been using Cloud Files for our static files CDN. But the camel’s back was broken and we’ve moved that portion of our solution to Amazon CloudFront.

Some background: Cloud Files is analogous to S3. It is a file store that is optimized for the cloud. Cloud Files uses Akamai’s CDN network as a layer on top of Cloud Files whereas Amazon’s cloudfront can be used to front an S3 container or act more like a traditional CDN.

The problem with Rackspace’s solution is that in order for your images, CSS files, etc to get loaded by the CDN you must put them onto Cloud Files first. What makes this difficult is that the only official interface is via an API. There are a number of third party solutions that attempt to provide easier access, but none of them are quite _there_ yet. So even if you figure out how to get files up there as part of your deploy process (I used a custom MS Build task and batch files) you’ll have versioning issues as the function to do a “cache invalidate” has been broken for months.

With this change we also started using Cassette for our versioning, bundling and minification needs instead of a custom solution based on YUI’s compressor.

We still use Rackspace and Akamai for our video streaming and there’s room for improvement there too, but that’s a story for another post.

I’ve been doing a full time standing desk for about 18 months now. About 6 months ago though, I was fighting a running injury and was unable to stand all day, so I got a drafting stool and was using that as well. One of the things you’ll experience with a standing desk is that you tend to put yourself into “action mode” instinctively and will resist the temptation to read long articles (I use instapaper for that). Well, I was getting a bit too comfortable in my stool so I ditched it.

The problem is that I’m sortof going back to square one in terms of fitness for standing. My back is hurting.

I had previously done some experimenting with the Pomodoro Technique which basically just says that you should work on something intensely for 20 minutes, take a 5 minute break and repeat. All day long.

So my latest solution is that I’m using an iphone app Pomodoro Timer: 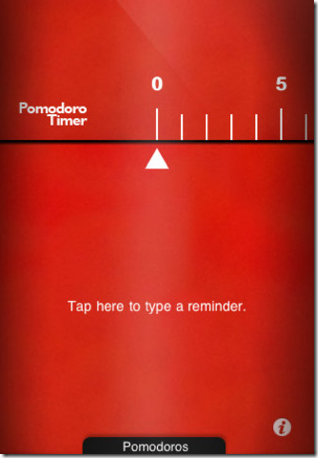 For my breaks I move over to one of our spare computer for 5 minute bursts of checking Twitter + Hacker News + reading whatever I’ve queued up for myself.

Feel free to join this meme I just started.